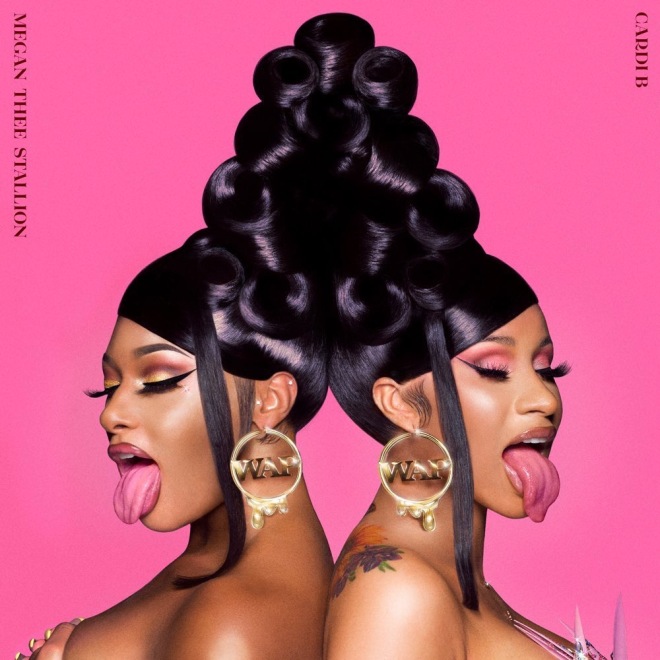 What a beautiful Friday it is! We officially have new music from our favs Cardi B and Megan Thee Stallion, and you already know its giving Lil Kim and Trina vibes from the jump!

The song as been on repeat since midnight and currently is being played as I type lol. All I know is this won’t be played too loud while I’m in the house, but the minute I get in the car its over. If my mama ask what does WAP mean tell her its “With All Praise” or something that’s far from the right answer LOL

WAP makes me miss being out on the weekend somewhere on U St. I would be somewhere with a few shots of tequila or even some mimosas (depending on the day) having the time of my life, but here we all are in the house. Trust and believe happy hour will be in full effect today in the name of WAP….

BUT that’s not why I’m here. Not only did this song provide all the vibes to have a great night with your girls, the lewks they served in this video are TOP NOTCH!!! From the custom Nicolas Jebran bodysuits with gloves to match

I’m floored. First off lets give a standing ovation to Kollin Carter & EJ King for styling the entire video. Kollin is one of my favorite stylists in the game. Every shoot, video, or event that each of them style will always be

I love how they teamed up with Bryan Hearns for the snake room lewk! I love when I learn about a designer. Bryan may not be new to you, but he is to me. I’m so glad I found him because he is beyond talented! The python bodysuits MADE that room along with the real snakes.

My favorite lewks were all the animal prints and the Mugler purple and green sheer bodysuits!

And the choreography throughout the entire video was a whole performance that I can get behind! The serve, I liiiiivveeee!

Cardi’s Mugler bodysuit to Megan’s Zigman custom bodysuit with the hair to match gave me all the feels.

The bodysuits that were worn in the video gave plenty of sex appeal long with some classiness on the side. I wouldn’t be surprised if Fashion Nova is working on pieces right now that resemble everything that was in that video.

If you haven’t had the chance to listen to the explicit version yet go ahead and do that because the clean version doesn’t come close. Just make sure there aren’t any kids around because this ain’t for them. Add it to your playlist while you’re at it.

Enjoy your weekend and continue to be safe

See you in the next one